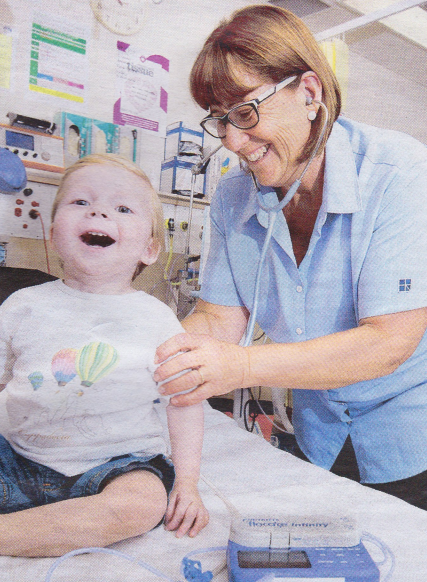 Mildura Base Hospital emergency nurse Karen Tankard has been awarded the inaugural Lucas Award recognising her outstanding efforts as a health care professional.

Co-founders of the Lucas Foundation Mark Thornton and Tania Chapman announced the emergency department nurse as the inaugural winner of the Foundation’s Award, which includes up to $2000 in further training.

“We wanted to recognise someone within the medical fraternity who goes to that last degree when it comes to care and support,” Mr Thornton.

“We received two separate nominations for Karen, which obviously said something about her efforts as a nurse.”