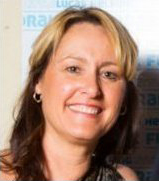 In 2012, Tania was awarded the prestigious Victorian Rural Woman of the year, and currently holds the title of the 2014 Nuffield Scholar.

Tania is the current chair of Citrus Australia Ltd, the national peak industry body for the citrus industry, and sits on a number of horticultural and government committees.

Her most important role, however, is that of being mother of Tammi, Colby, Jayden & Jorja and step mother of Jessica. Tania well understands the limitations and lack of resources with raising children in a remote rural area – Tania’s eldest child spent time in the Royal Children’s Hospital as an infant, a deeply distressing and difficult time for her. 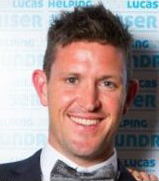 An active member of the Sunraysia community in a variety of capacities, Mark Thornton was born and raised in Mildura district, and returned to settle in his home town after studying for some years in Adelaide.

After a few years out of the Real Estate game, where he established the local Café SumoSalad and also working in the Media Industry, Mark has returned to Real Estate at Collie and Tierney First National. Mark now divides his time between his two beloved children Angus & Rudy, playing football for the Werrimull Football Club and studying for his Degree in Business Management.

Mark was instrumental in the success of the fundraising efforts for Lucas Whitelegg, and, spurred on by a passion to further contribute to those in his community with similar needs, Mark is dedicated to achieving the Foundation’s core objectives – assisting local families with ill children in their time of need. 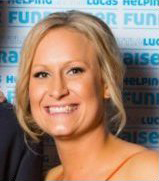 Greer Wakeman , a successful business woman located in Sunraysia, is a true local to the region having lived in the district her entire life.

Raising her eight year old daughter McKenzie in the very town she grew up in, she is passionate about community support and puts her hand up whenever required. Greer, who also juggles her own hairdressing business, has a reputation for a being both hardworking and dedicated, serving her well with both event management and fundraising efforts.

Greers’ involvement in the Foundation was initiated by her involvement and dedication in supporting the Helping Little Lucas fundraiser in 2013, and spurred on by a life long friendship with Lucas’ family, in particular Lucas’ mother Bree.